This initiative is powered by dedication, and its strong leadership sets a national care standard. Importantly, the DHI addresses a health care need in our community for an underserved population with many health problems.

Achieva Disability Healthcare Initiative (DHI) is a national and state-level leader in disability health equity and access to inclusive health care for people experiencing disabilities through education, public policy, and advocacy. The organization works to increase physical and programmatic access, medical workforce development, and education. Achieva works with many stakeholders, including individuals with disabilities and their families, medical professionals, hospital and health centers, government agencies, educators, insurance companies, foundations, and disability advocates, to develop viable solutions to increase access to physical health care and dental care for people with disabilities.

Since its creation in 2005, Achieva’s DHI has increased access to dental care, improved women’s health care, and focused on care transitions for youth with disabilities and chronic medical issues as they move to adult care systems.  “The DHI recognizes that transition is not merely a matter of making lists of providers for families but also acknowledges the training gaps and limited numbers of providers who are able to provide care to those with developmental disabilities,” says Miya Asato, M.D., Vice-President of the Kennedy-Krieger Institute, and Professor of Neurology and Pediatrics at Johns Hopkins School of Medicine.  “This initiative is powered by dedication, and its strong leadership sets a national care standard. Importantly, the DHI addresses a health care need in our community for an underserved population with many health problems.” The DHI’s early success laid the foundation for its partnership with the national DentaQuest Foundation, a leading health equity philanthropic organization. We met with the governor's Policy Director, SWPA Regional Director, Budget Director, and an Inter-Agency Liaison. We also met with the Lieutenant Governor’s Western PA Director, Bipartisan General Assembly Caucuses, and Oral Health Champions in the General Assembly.

We also partnered with the Center for Medicare Advocacy to present Deputy Secretary Kozak of OMAP with research on evidence-based chronic conditions worsened by oral diseases. DHI and PCOH were instrumental in persuading OMAP to pre-authorize dental treatment for patients with a history of some of the listed chronic conditions. As a result of DHI’s work and collaboration with partners, OMAP added adult dental visit data and tracking to all Managed Care contracts with the Commonwealth. DHI and PCOH also organized seven Virtual Listening Sessions across the state to get feedback and hear concerns about the availability of inclusive dental care in Pennsylvania. DHI worked with Untitled to produce a film short that encourages dental professionals to consider offering inclusive care in their practices. We also collaborated with the Oral Health Progress and Equity Network (OPEN) to organize a nationwide Twitter Storm to elevate the need for improved access to inclusive dental care. DHI also developed three oral health training modules for Direct Support Professionals. DHI’s work centers on promoting equitable and inclusive healthcare for all people with disabilities throughout their lifespan. 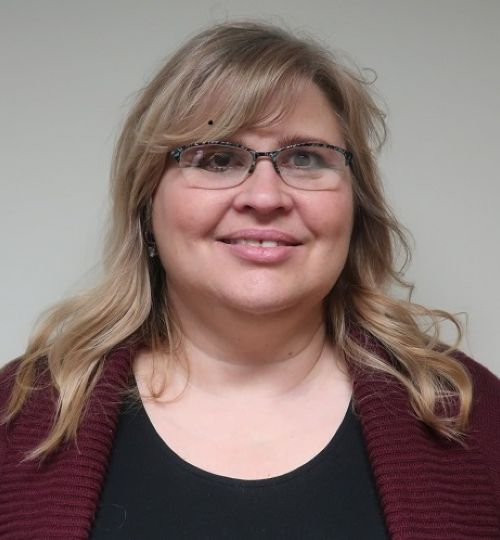 Vanessa Rastovic is an attorney, a math and science nerd, and a person experiencing disability. She has been an awardee of the National Science Foundation and a member of the Law Review. After earning her BA, she served at a Non-Profit Organization (NPO) as the Public/Community Relations Director, an InterPersonal Violence Medical/Legal/Law Enforcement Trainer, and Advocate.

She went on to Legal Aid where she worked on behalf of refugees, older adults, and people experiencing disabilities. An IRS-Certified Attorney, she worked for a tax law corporation before returning to NPO work. She continues to serve in immigration and tax matters pro bono.
In her free time, she likes snorkeling and diving, jogging, gardening, and learning languages.