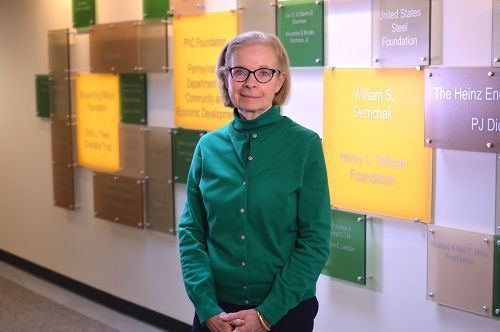 Pittsburgh, PA (December 3, 2022) - Nancy Murray, President of The Arc of Greater Pittsburgh and a Senior Vice President of Achieva, has been selected by the transition team for Governor-Elect Josh Shapiro and Lieutenant Governor-Elect Austin Davis to serve as a member of the Health and Human Services Transition Advisory Committee. Members of the newly established group will advise the Shapiro-Davis Transition Team as it works to assess public policy and budget issues, challenges, and priorities for the incoming administration.

According to the Shapiro-David Transition Team’s December 2nd press release, the Advisory Committee for Health and Human Services will advise transition officials on ensuring every Pennsylvanian “has equitable, affordable access to medical care in their community.” “The committee will compile recommendations for public health issues, substance use treatment, child welfare services, seniors issues, and elder care.” The committee includes three focus areas: healthcare, human services, and seniors. Murray will advise on human services.

Formerly, Nancy served as a founder and coordinator of the Down Syndrome Center at Children’s Hospital (UPMC) of Pittsburgh, the Director of Supports Coordination at Staunton Clinic in Pittsburgh, and the Western Area Director for the Pennsylvania Office of Developmental Programs.